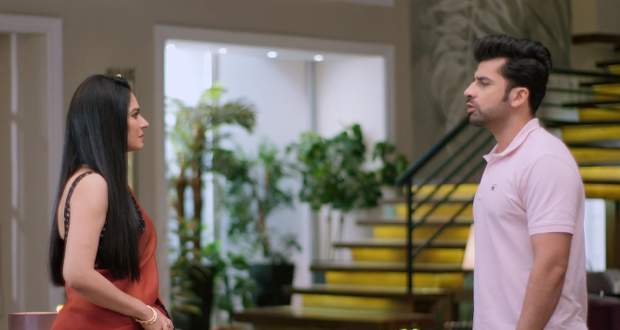 Today's Anupama 24 Aug episode starts with Rakhi asking Kinjal to stop crying. She suggests that Paritosh has also listened to his parents but at the same time Paritosh arrives there.

He says he has listened to his heart and that Vanraj is not ready to accept her condition. Meanwhile, Anupama is sure Paritosh will return while Vanraj is upset and wants his son to be back. Vanraj shares his grief with Anupama.

Rakhi asks Paritosh to stay as a Ghar Jamai at their house if he wants to marry Kinjal. Elsewhere, Vanraj is shattered and Anupama is not able to console him.

Paritosh wishes to eat dinner with everyone while Rakhi tells Paritosh he has to eat alone as they have had dinner. He misses his home and food made by Anupama.

Anupama also misses Paritosh at the dinner table and fills her plate as usual. She knows Paritosh must not have eaten anything as he likes only food made by her.

Paritosh leaves the food as it is while Samar misses his brother. Pakhi and Samar share their pain and want their brother to be back. They are not able to sleep while Paritosh also wears his shows and leaves Rakhi’s house.

Anupama tries to call Paritosh but it is still switched off. She messages him that she misses him.

Upcoming Anupama episode update: The police arrive and reveal that they found Paritosh’s body near a dead body.

© Copyright tellybest.com, 2018, 2019, 2020. All Rights Reserved. Unauthorized use and/or duplication of this material without written permission from tellybest.com is strictly prohibited.
Cached Saved on: Wednesday 28th of October 2020 05:12:22 PM