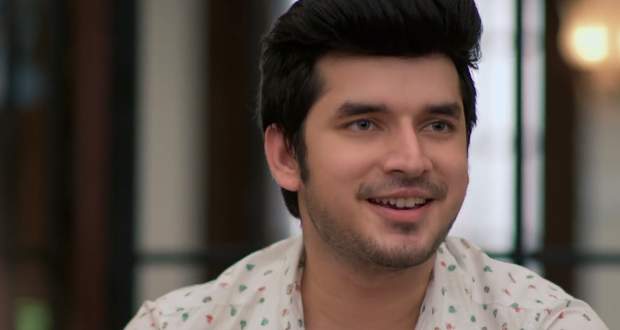 Today's Anupama 24 Jul episode starts with Everyone dancing in the house for Anupama’s opportunity. Later, Anupama thanks her daughter for the negative reinforcement.

Anupama asks for help from Toshi but he refuses as he is busy studying. However, he is not studying and is just talking to his girlfriend.

Mamaji makes Basundi for Anupama and also gives her the recipe book of Leela. She packs some of her stuff in a bag and also practices greetings for the students.

Vanraj comes and Anupama hugs her for supporting her. He asks her for her to behave as it is the hall. He further says if her job has any effect on his family then she can’t continue with the job.

Anupama witnesses the closeness between Jhilmil and her husband. Jhilmil says she will come early on the days when Anupama has to go for the job.

Samar has also woken up early to help her mother. Anupama wishes to ask Vanraj to drop her at school while Vanraj is sure that Anupama won’t be able to handle the work pressure.

Anupama juggles through work in a hurry and again tries to ask Vanraj about dropping her to school. Vanraj ignores what she wants to say and orders her to make Malpua.

Kavya arrives and Vanraj continues to stare at her with amusement. Anupama serves breakfast while Kavya asks her to leave for work. Samar suggests Vanraj has to adjust as Anupama is now a working woman and also asks him to drop Anupama.

Upcoming Anupama episode update: Anupama gets late for work and takes her class in a unique way.