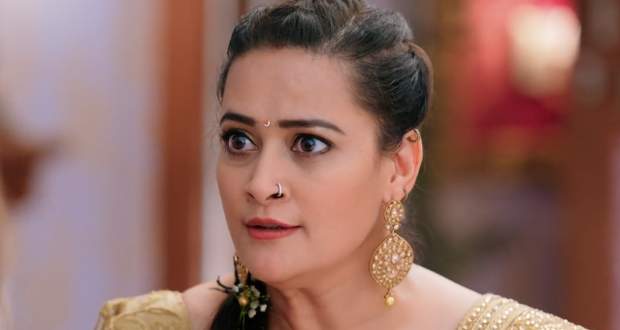 Today's Anupama 24 Oct episode starts with Devika asking Vanraj what he did along with Kavya. She reveals that she found Kavya’s earring and also accuses him of having an affair.

Vanraj tries to oppose but Devika warns him of being trouble for him. Later, she visits Kavya and rebukes her for Anupama’s terrible condition.

Devika further wants to know what Kavya and Vanraj did while Kavya starts crying and explains she had a weak moment with Vanraj.

Devika and Nandini get shocked to learn this and Devika warns Kavya that she will send her and Vanraj to jail if anything happens to Anupama.

Paritosh talks to the doctor while Anupama remains like a stone. Samar also tries to get a reaction from Anupama by singing a song.

Paritosh reveals that Anupama has to be admitted to the hospital if she doesn’t get well. Bapuji gets unwell listening to this while no one has a clue which medicine to give.

Further, Kavya calls Vanraj and reveals she had to tell Devika everything as she cornered her. Vanraj gets mad at her while Devika comes at the same time and threatens him.

The family members miss Anupama and the moments spent with her. Vanraj calls Anupama’s name and she wakes up with a jolt.

© Copyright tellybest.com, 2018, 2019, 2020. All Rights Reserved. Unauthorized use and/or duplication of this material without written permission from tellybest.com is strictly prohibited.
Cached Saved on: Monday 30th of November 2020 03:44:22 PM