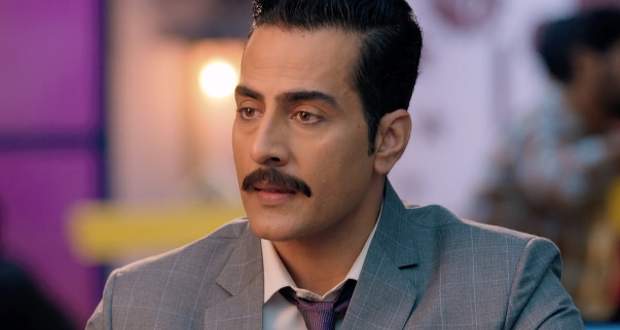 Today's Anupama 28 Aug episode starts with Anupama praying for the happiness of her children. She also wishes to gain strength to support her children.

The next morning, Vanraj ignores Paritosh while Anupama asks her son to not lose hope. Later, Vanraj meets Kavya and apologizes to Kavya.

Vanraj appreciates Anupama’s efforts while Kavya gets jealous. Vanraj says he only loves her and that only she is part of his heart. Kavya gets scared to see Sanjay while Sanjay is also shocked by the revelation.

Vanraj is sure Sanjay won’t tell anything to Anupama and is sure Anupama trusts him. Sanjay comes face to face with Vanraj and is disappointed. Meanwhile, Baa is worried about losing control of the house when Kinjal becomes their daughter-in-law.

Sanjay calls Anupama while Vanraj finds out both Anupama and Sanjay’s call is busy. Sanjay hesitates first and tells something about the restaurant to her.

Samar meets Nandini and gets in a sweet banter with her. Meanwhile, Vanraj gets scared to learn Sanjay called Anupama but Sanjay has not told her the truth.

Anupama tells Vanraj that Sanjay wants her to participate in a food festival at the café but she has refused the offer. Meanwhile, Sanjay feels guilty and is adamant to talk to Vanraj.

Baa finds Pakhi with a boy named Bobby and asks the boy to dress properly. Baa scolds Pakhi for being with a boy while Pakhi explains he is just his friend. Baa further tells Vanraj about Pakhi being with a boy on a motorcycle.

Vanraj is upset with Pakhi while she thinks Anupama has told him about the cigarettes.