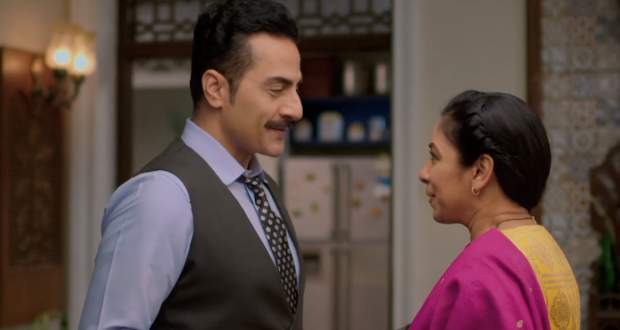 Today's Anupama 28 Jul episode starts with Mamaji asking about the fight in the house. Anupama tries to handle the situation and later asks for blessings from god.

She feels happy that she can help her family as well. Samar tells everyone that Anupama’s job is fixed and she has received an advance salary as well.

At the same time, Pakhi comes and revealed she was trolled by her friends. Anupama asks for a chance from Pakhi while Pakhi speaks harsh words to her mother.

Vanraj accidentally speaks Anupama’s name in Kavya’s house. Kavya doesn’t listen to him and Vanraj gets saved. Later, Anupama is excited to tell Vanraj about her salary.

Vanraj is excited to tell the family about his success. He reveals the truth about his increment which overshadows Anupama’s success. Anupama is not able to tell about her salary while Vanraj asks everyone to make a list of their gifts.

He asks Anupama to get gold bangles as well. Samar tells Vanraj about Anupama’s salary while Vanraj ignores her success. Samar gets upset while everyone else celebrates Vanraj’s success.

Vanraj continues to ignore Anupama’s salary and praises himself. Anupama teases Toshi about her girlfriend and later learns that Vanraj already knows about her.

Anupama gets upset to learn that everybody knows except her about Toshi’s getting married soon. Everybody starts celebrating and ignores Anupama again. Vanraj also reveals that he has met the girl and has taken the decision.