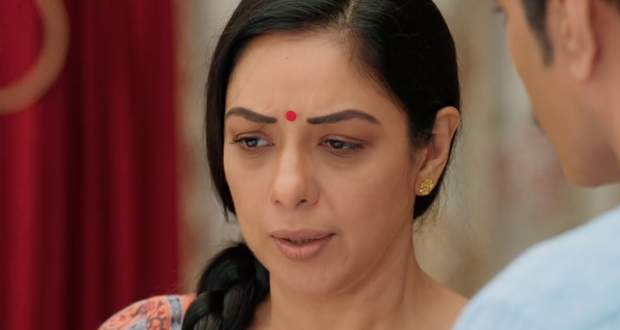 Anupama asks her kids to leave and wishes to talk to Vanraj. Anupama asks Vanraj why he did it while Vanraj tries to give an explanation.

Anupama doesn’t entertain his excuses and wants to know the reason. Vanraj gets angry and wants her to believe it was an accident.

However, Anupama’s silence is an indication that she wants to hear the truth. Vanraj explains that Kavya was vulnerable and that’s why he was with her.

He states that he broke all relations with her and is apologetic. Anupama doesn’t trust his words and asks if he actually loved her in the past few days.

She wants to know if he wanted to go to the office on the wedding day. Anupama doesn’t believe any false stories while Vanraj wants to know what she will do.

She says he doesn’t have any importance in her life. Vanraj asks her if she will take a divorce while Anupama is adamant to make decisions on her own.

Vanraj is shocked by her decision while Anupama leaves the room. Later, Anupama asks about Paritosh while Anupama’s mother and brother arrive at the same time.

Anupama’s mother is relieved that her daughter is well. Her mother gets suspicious while Anupama lies to her.

Anupama asks her mother how she managed to handle the family alone. Anupama’s mother reveals that she got strength by watching her kids.

© Copyright tellybest.com, 2018, 2019, 2020. All Rights Reserved. Unauthorized use and/or duplication of this material without written permission from tellybest.com is strictly prohibited.
Cached Saved on: Thursday 26th of November 2020 09:42:23 AM