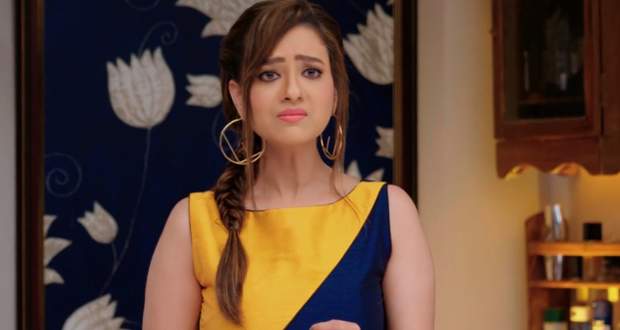 Today's Anupama 28 Sep episode starts with Kavya eying Anupama’s Mangalsutra. He takes it out and tries it on while Vanraj comes and rebukes her.

He asks her to shift to Nandini’s house as she doesn’t know how to behave. Kavya feels guilty for her mistake and decides to make pasta. Anupama is sure Vanraj won’t eat it but Kavya insists to prepare for him as well.

Kavya serves pasta to everyone and the kids and Kamini get happy. Vanraj eats a little and compliments her. Later, Kavya wakes up to get water and is shocked to see Vanraj eating food.

He reveals that simple home food is always better than pasta and other international dishes. He also states that he ate pasta only because Anupama wanted him to.

Pakhi gets a call from her classmate Sid who troubles her. Further, he sends her a message and wishes to meet with her. Meanwhile, Kavya confronts Vanraj while he states he was doing drama in front of Anupama.

Vanraj gets upset with Mrs. Dave’s endless demands while Anupama tries to calm him. Later, Anupama finds Pakhi crying and asks the reason.

Pakhi says she won’t go to the engagement party as Sid is threatening to come there. Anupama consoles her and asks her to be brave and give answers to these kinds of people.

A boy in a black hoodie stands outside the house while Anupama asks Pakhi to stay strong as she is with her. In the morning, Anupama gets emotional to think that it is her son’s engagement. Vanraj asks Anupama to not make a mistake in the engagement.

Upcoming Anupama episode update: Anupama leaves the Shervani at home while Pramod informs at the part that Kinjal is missing.