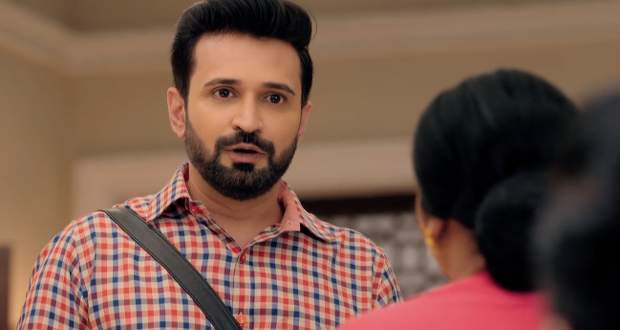 Today's Anupama 29 Aug episode starts with Vanraj getting angry at Pakhi for roaming around on bikes. He states he has all the information regarding her school and warns her.

Pakhi tries to explain and compares her situation with Kavya and Vanraj’s relationship. Vanraj gets angry while Baa blames Anupama for her behavior.

Anupama tries to console Pakhi while she gets angry with her. She states that she hates her and that they can never be friends. She accuses her of being partial to her sons and not caring for her.

She closes the door on her face while Anupama is hurt with her harsh words. Meanwhile, Baa states small mistakes should be pointed out while Sanjay arrives and points the same looking at Vanraj.

Sanjay is upset with Vanraj while Vanraj gets scared. Sanjay says he had to come as the matter was very urgent. Anupama is confused while Sanjay continues to target Vanraj indirectly.

Vanraj states they can go have a walk till Anupama makes food. Vanraj tries to explain to Sanjay that he just friends with Kavya while Anupama thinks something is wrong.

Sanjay is not ready to believe and doesn’t want his explanation. He talks to him as his wife’s brother and can’t see problems in his sister’s life. Anupama comes at the same time while Sanjay again taunts Vanraj.

Elsewhere, Samar and Nandini get into a cute banter while Samar asks her to leave. Nandini says she might leave and Samar prays for her to stay there. Later, Sanjay offers to support Anupama always like a brother.

Kavya is disturbed while she asks Vanraj about the situation with Sanjay. Vanraj asks Kavya to not stress on anything as he can handle his family.