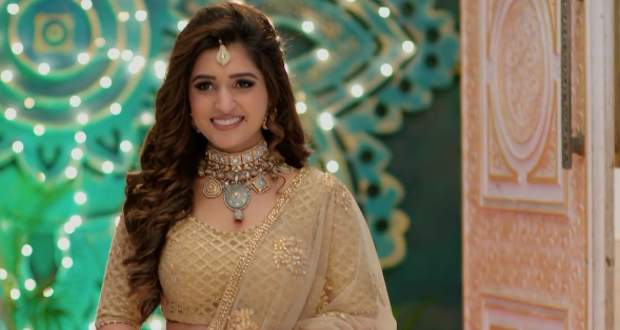 Vanraj looks at her and ignores her while he starts calling Anupama. Kavya gets jealous as Vanraj compliments Anupama. They all enjoy the happy moments while later Anupama asks Jhilmil to keep an eye on Pakhi.

She takes all the stuff but accidentally leaves the Shervani at the house. Further, at the engagement venue, Vanraj continues to ignore Kavya’s comments while Pakhi is nervous because of Sid.

Vanraj saves both Anupama and Kavya from falling while Rakhi comments on him balancing two women. Anupama is excited to see Rakhi while Rakhi plans on creating drama.

Anupama meets her mother and introduces Rakhi to her. Rakhi compares her mother with a maid while Baa taunts her for looking poor herself. At the same time, Pramod comes running and reveals Kinjal flee leaving a letter.

Paritosh reads the letter and it is revealed that Kinjal was playing a prank on the Shah family. Everybody is relieved while Anupama and Vanraj get mad at Kinjal.

Kinjal apologizes while Vanraj and Anupama reveal that they were also joking. Kinjal compliments their strong chemistry while Kavya fumes in anger. Further, Kavya is jealous when Anupama and Vanraj share some special moments at the engagement.

Upcoming Anupama episode update: Sid comes at the engagement while Anupama and Vanraj perform together.

© Copyright tellybest.com, 2018, 2019, 2020. All Rights Reserved. Unauthorized use and/or duplication of this material without written permission from tellybest.com is strictly prohibited.
Cached Saved on: Wednesday 28th of October 2020 02:05:01 PM