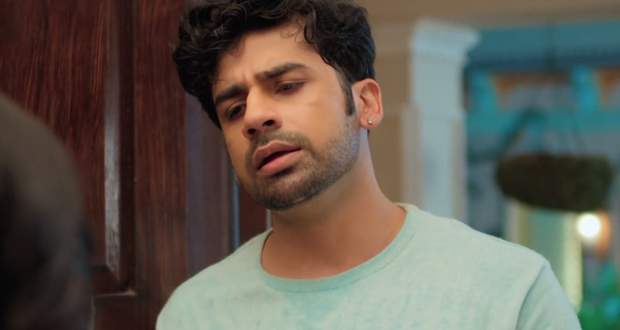 Today's Anupama 2 Sep episode starts with Anupama and others getting worried for Paritosh. Anupama lights an oil lamp while Dolly points out her superstition.

Later, Paritosh comes home in a drunken state shocking everyone. Paritosh asks his mother to not worry as he is fine. He states his happiness is dead.

He starts talking against the family members and states he doesn’t need anyone’s help. He calls out Baa for always being on the swing and further makes fun of Mamaji.

He further says he is just like Meenu as her family also is not able to take care of her. He further makes fun of Samar and Pakhi and thinks only he is neglected in the family.

He says Vanraj is like a king with a big ego while Anupama has Maa in her name but couldn’t become a mother. He wishes he was an orphan than having parents like Vanraj and Anupama.

Anupama loses her cool and slaps him. She further reminds him that Baa is the eldest in the house and kids are always lucky to have grandparents. She also says Mamaji might remember everything but doesn’t forget to love the family.

She also wants him to know that Dolly used to take care of him all the time when he was little. She further states that Samar and Pakhi are younger and will learn things from him. She continues to beat him and says she has always chosen her kid's happiness over anything.

© Copyright tellybest.com, 2018, 2019, 2020. All Rights Reserved. Unauthorized use and/or duplication of this material without written permission from tellybest.com is strictly prohibited.
Cached Saved on: Wednesday 21st of October 2020 09:18:14 PM