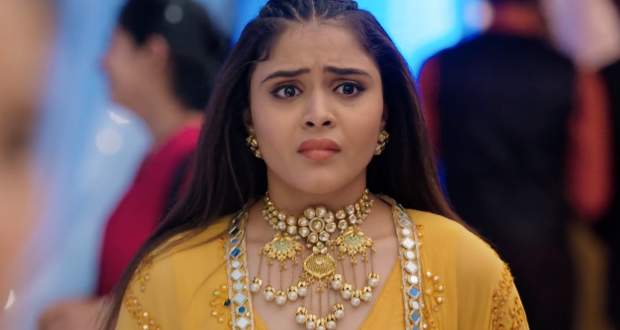 Today's Anupama 30 Sep episode starts with Sid reaching the venue and messaging Pakhi. Further, Anupama asks Kavya to take care of Pakhi while she is called by Baa.

Pakhi gets scared to see Sid while Anupama keeps an eye on her. Rakhi takes Anupama to meet their special guests Mr. and Mrs. Desai. The couple introduces their son and he turns out to be Pakhi’s friend, Sid.

Anupama asks Pakhi if the guy came but Pakhi lies to her. Samar announces that the next performance is of Anuraj and explains it is the couple's name of Anupama and Vanraj.

Anupama and Vanraj perform on a song they have not prepared abut still manage to set the stage on fire. Kavya feels jealous of their chemistry while Sid scares Pakhi.

Vanraj witnesses Kavya’s bad mood while Pakhi gets really scared when Anupama calls her. Vanraj calls Anupama and Pakhi is forced to go to the washroom with Jhilmil.

Vanraj wishes to talk to her while Kavya taunts her for not caring for her. He wants to make things right between them and their conversation is heard by Rakhi.