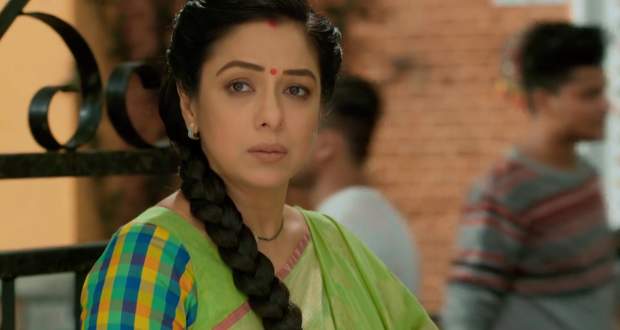 Today's Anupama 3 Aug episode starts with Anupama asking Samar to go outside and talk to everyone. She further asks him some English lines to impress Kinjal.

She comes outside while Kavya suggests Paritosh and Kinjal should go abroad for studies. Kinjal’s mother offers to sponsor Paritosh as well which upsets Vanraj.

Kinjal’s mother learns Anupama is doing a job and asks about her qualifications. Baa reveals Anupama is not even a graduate and has just completed 12th.

Kinjal is worried that her mother might not approve of their relationship because of Anupama’s qualification. She further says she can’t go against her parents.

Kinjal’s mother is not happy with the relationship and wishes to leave. Anupama witnesses Pakhi enjoying the company of Kavya and thanking her.

Vanraj is upset with Kinjal’s mother’s attitude. At the same time, Paritosh comes and gets mad at Baa for telling Anupama’s qualification. Vanraj takes his side and says she always embarrasses them.

Pakhi reveals at the same time that Anupama has been fired from the school. Vanraj blames her for getting fired and says she can’t handle anything other than home. Anupama speaks up and says she isn’t wrong this time.

© Copyright tellybest.com, 2018, 2019, 2020. All Rights Reserved. Unauthorized use and/or duplication of this material without written permission from tellybest.com is strictly prohibited.
Cached Saved on: Monday 28th of September 2020 10:41:51 AM