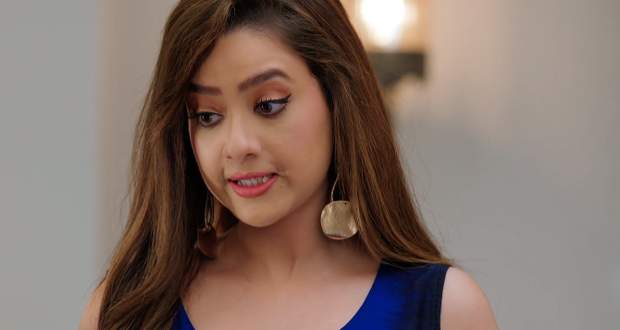 Today's Anupama 3 Oct episode starts with Paritosh saying Samar should have told him the previous day. Samar doesn’t want Paritosh to be just like his father.

Baa gets upset with Kavya being in most of the photographs at the engagement. Kavya gets angry at Baa’s rude words while Baa taunts her for living too long.

She further points fingers at her parents and Kavya rebukes Baa. She insults her for talking unnecessarily as she is not the owner of the house. Anupama asks Kavya to stop talking as nobody insults Baa.

Baa wants Anupama to tell Kavya to leave the house. Anupama is forced to talk to Kavya and asks her to go to Nandini’s house for a few hours till Baa’s anger subsides.

Kavya gets angry at Anupama and decides to leave along with her bags. Anupama tries to console Kavya but she doesn’t listen and leaves. Nandini thinks Kavya has come on her own and continues to compliment Anupama.

Kavya calls Vanraj and asks her to meet her at Nandini’s house. She reveals that Anupama has thrown her out of the house. Vanraj meets Kavya and is not ready to believe Anupama can ask her to leave.

Kavya instigates Vanraj against Kavya and that she insulted her. Kavya wants Vanraj to prove his love for her and get married to her. Meanwhile, Baa stops Anupama from going to console Kavya.

Vanraj leaves Kavya’s hands and is not ready for marriage. Kavya says they should break their relationship if he can’t marry her. Later, Vanraj confronts Anupama and rebukes her for taking such a decision on her own.

Anupama reveals the truth but Baa doesn’t support her. He insults her for making the decisions and that he runs the house. He also says that she just needs to make food and take care of the family.

Upcoming Anupama episode update: Vanraj asks Anupama to leave their room while Kavya wants to get married to him.