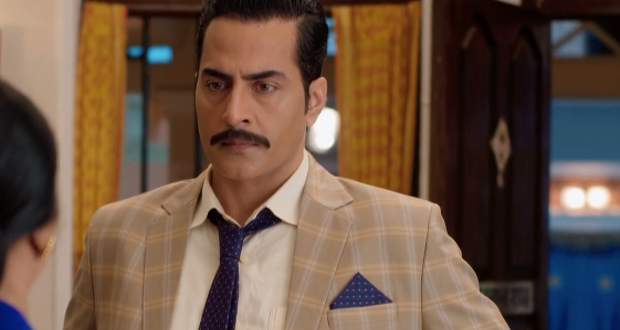 Today's Anupama 3 Sep episode starts with Mamaji asking Samar to take Paritosh inside. Paritosh continues to repeat that nobody cares for him and feels defeated.

Samar informs Kinjal that Paritosh is fine and asks her to never leave his side. Sanjay asks Anupama to bring curd and clove to help treat Paritosh’s drunken state.

Sanjay wishes to tell Vanraj the situation later while Baa wants to tell everything at the same time. Meanwhile, Anupama feels guilty for slapping her son instead of supporting him.

Sanjay consoles her and says what she did was right. He asks her to handle the situation and Vanraj as well. Anupama goes to meet Paritosh and feels bad about slapping him.

She feeds him the curd and asks him to trust her. Later, Vanraj arrives and Dolly asks Baa to not say anything in front of him. Vanraj asks about Paritosh while Mamaji lies.

Vanraj can sense something is wrong and asks Mamaji to not lie. Meanwhile, Samar treats Anupama’s wound while she asks about informing Kinjal.

Samar explains that Paritosh was always a responsible child and he has asked for something once. Samar thinks Vanraj is not putting any effort into joining his alliance.

Baa tells Vanraj that Paritosh came home in a drunken state. She further reveals that he insulted everyone in the house including his parents. Later, Anupama agrees to Samar and decides to talk to Vanraj.

Vanraj is told everything that Paritosh said by Baa and fumes in anger. Elsewhere, Anupama and Samar find sleeping pills with Paritosh.

© Copyright tellybest.com, 2020, 2021. All Rights Reserved. Unauthorized use and/or duplication of any material from tellybest.com without written permission is strictly prohibited.
Cached Saved on: Saturday 23rd of January 2021 07:36:26 AM