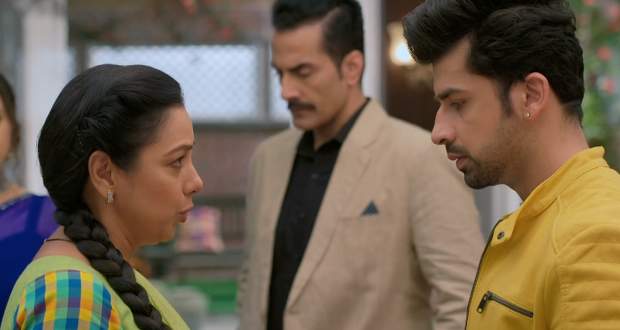 Today's Anupama 4 Aug episode starts with Anupama speaking up in her defense. She wants justification for why her efforts are wrong. Vanraj questions the necessity of her job.

Anupama speaks up that she would have never failed if her family was with her. She questions why Kavya has been approached by Pakhi and Paritosh in family matters.

She gets emotional and is hurt by the behavior of her family. She reveals she wanted to get an education but has spent her whole life for the family.

She says no one can take away the right of being a mother. Later, Kavya gets upset and switches off her phone. Meanwhile, Vanraj gets upset with Anupama for making fun of the family in front of Kavya.

Anupama tries to speak up but Vanraj warns her of losing her family as well. Later, Bhavesh calls Anupama and reminds her of the Rakhi festival.

Anupama’s mother questions about her condition and assures that she is on the right path. The next morning, Baa shows all Rakhis to Pakhi and some cheap ones for Anupama’s family.

Anupama feels extremely bad but doesn’t speak anything. Later, Vanraj tries to make Kavya understand that his family is important for him. Kavya is adamant to make him realize his mistake.

Vanraj speaks nicely with Samar and gives him money as well. Samar gets extremely happy while Anupama also feels good.