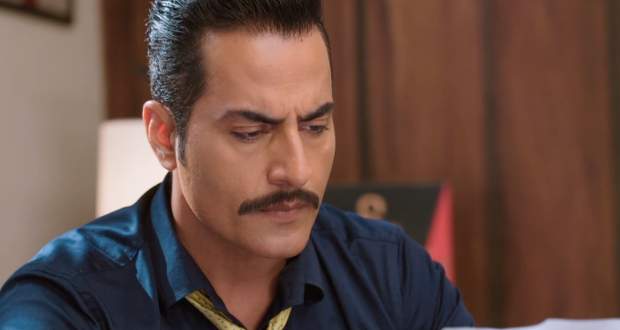 Today's Anupama 5 Nov episode starts with Vanraj reading the letter given by Anupama. Anupama has written that she will serve food only when she pleases.

She threatens to send the empty box if he again troubles the family members. She further asks him to eat pasta if he gets hungry.

Paritosh overhears Kinjal’s encouraging words and gets upset. Anupama receives a call from Vanraj and disconnects it.

Paritosh gets upset with Kinjal and asks her to not interfere in his parent’s matter. Kinjal says she will always support Anupama.

Vanraj returns home and rebukes Anupama for not giving her lunch. Anupama says Kavya can take care of it and is relieved she doesn’t have the responsibility anymore.

Vanraj further says he is going to get married to Kavya and Anupama congratulates her. She further asks if he will get married before Paritosh or after him.

Later, at the dining table, Samar wants Anupama to eat with them while Bapuji also insists. Samar and Bapuji serve food to her and Anupama get emotional.

Baa taunts Anupama and wants her to serve food to Vanraj. She keeps the dishes in front of his plate and asks him to serve on his own as he might not be that hungry.

Anupama further reveals that she is going to give online dance classes. Baa objects while Bapuji supports Anupama.

© Copyright tellybest.com, 2020, 2021. All Rights Reserved. Unauthorized use and/or duplication of any material from tellybest.com without written permission is strictly prohibited.
Cached Saved on: Friday 6th of August 2021 02:34:07 AM