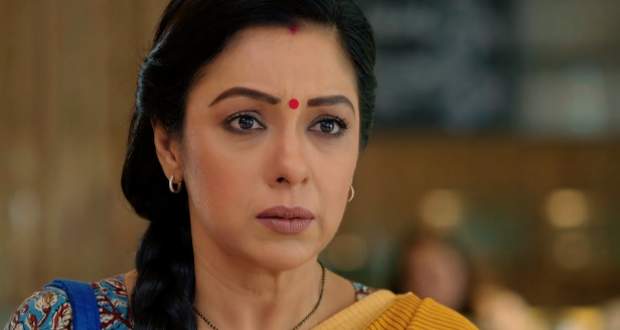 Today's Anupama 7 Sep episode starts with Rakhi asking Anupama to sit. She further asks what she will have and offers some international dishes.

Anupama knows the club offers Gujarati food as well while Rakhi brags about her rich status. Meanwhile, Samar assures Mamaji that Anupama will handle everything.

Nandini comes there at the same time and asks him to fix her home fuse as well. She asks for his tools and Mamaji witnesses Samar’s confused state about his feelings.

Rakhi continues to brag about their wealth and makes Anupama uncomfortable. She further tells her the expenses of Kinjal and reveals the difference in their standard.

Anupama tries to explain how money is not everything and suggests Kinjal still wants to be in her house. Anupama compares herself with Rakhi while Rakhi fumes in anger.

Kinjal visits Shah house while Baa doesn’t let her inside. Paritosh comes outside and both share romantic moments while Baa gets uncomfortable. Elsewhere, Rakhi says yes for the wedding as she fears losing Kinjal.

Anupama asks Rakhi to celebrate and makes her eat Laddoo. She suggests they should fix the engagement date for Paritosh and Kinjal. Rakhi has other plans and is still not ready for the wedding.

Upcoming Anupama episode update: Vanraj gets happy to learn the good news while Kavya gets jealous of their relationship.