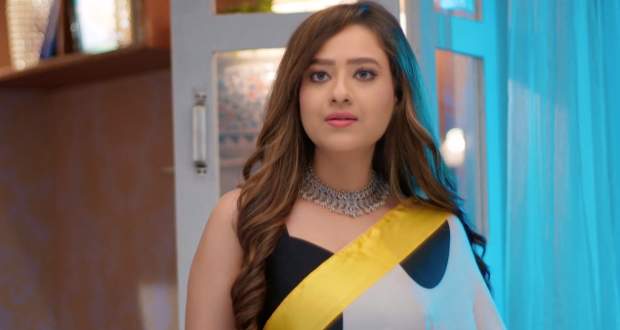 Today's Anupama 8 Oct episode starts with Anupama and Vanraj arriving at the temple where Kavya has come for a marriage reservation. Meanwhile, the Shah family has decided to celebrate Vanraj and Anupama’s anniversary for multiple days.

Paritosh and Pakhi pull Samar’s leg when he gets happy to learn Nandini can be part of the celebrations. Elsewhere, Kavya does the booking of her and Vanraj’s marriage.

She sends the register photo to Vanraj while Anupama also reaches the same desk. However, Vanraj takes the register from her and offers to fill it.

Nandini finds Mangalsutra and Sindoor in Kavya’s purse along with the registration slip of her marriage with Vanraj. She is left stunned while elsewhere Anupama and Vanraj complement each other.

Anupama and Vanraj decide to live every moment in their 25th marriage anniversary celebrations. Meanwhile, Nandini rebukes Kavya for her invalid move while Kavya reminds her of her mistakes.

Further, Nandini says whatever she did was a childish act and they were still single. She calls her relationship with Vanraj invalid while Kavya slaps her.

Nandini threatens to tell everyone while Kavya tries to console her. She further brings Anupama’s happiness in their conversation and makes her realize that Anupama will be shattered.