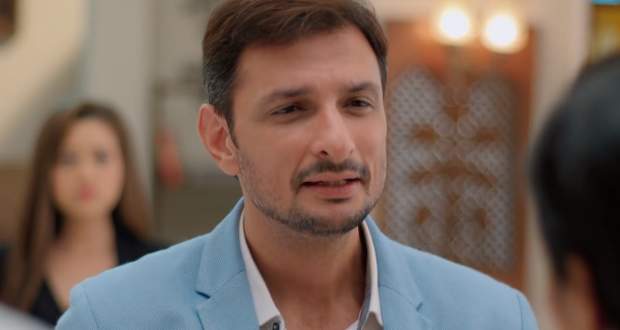 Everyone enjoys the happy moments while Kavya eyes Anupama’s position. Kavya is also forced to take a family picture of the Shah family and decides to take her place in the family.

Meanwhile, Anirudh misses happy moments spent with Kavya and gets angry to remember his fight with Vanraj. Later, the Shah family requests Bapuji to return while he assures he will be back soon.

Bapuji appreciates Anupama’s efforts and praises her. Kavya gets angry while Anupama goes to get snacks. Samar thanks Nandini for helping him.

Samar offers to drop Nandini while she goes alone. Mamaji asks him to follow her and later Pakhi and Paritosh also leave to get notes from Pakhi’s friend.

Kavya is looking at the family pictures when Anirudh arrives. He mocks Kavya and further greets Anupama. He introduces himself as Kavya’s husband. Vanraj is upset with his arrival and rebukes him.

Anirudh says he is there to talk to Anupama while Vanraj warns him. Anirudh wants Anupama to know what’s happening behind her back while Anupama asks him to not talk about his personal problems in front of anyone.

Anirudh reveals that Vanraj and Kavya are having an affair for years. Anupama is stunned to hear his words.

Upcoming Anupama episode update: Anirudh and Vanraj get into a fight while later Vanraj decides to do drama.

© Copyright tellybest.com, 2018, 2019, 2020. All Rights Reserved. Unauthorized use and/or duplication of this material without written permission from tellybest.com is strictly prohibited.
Cached Saved on: Tuesday 24th of November 2020 06:49:36 AM