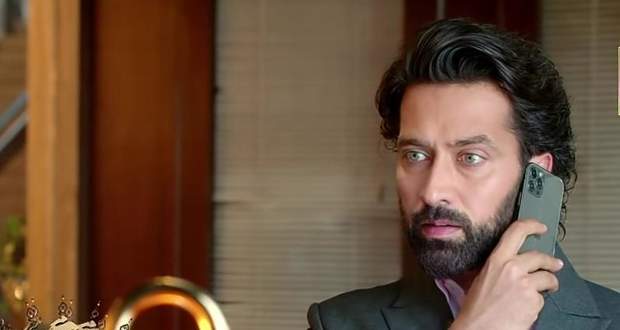 Today's Bade Ache Lagte Hain 2 10 September 2021 episode starts with Priya and Akshay coming to the producer's office to talk to him while Ram comes there and thanks to the producer.

Priya thinks that Ram stopped Akshay's audition and argues with him while he explains that he was there for the screening of a movie.

Ram realizes the problem and tells the producer to rectify the mistake and helps Akshay gain back his role in the film.

Later, Priya goes after Ram to apologize to him but he leaves without noticing her.

Elsewhere, Meera comes to Nandini and tells her that she accepts Ram and Priya's proposal while Nandini says that she assures that Ram is also ready for it.

Shashi gets angry seeing the loss of his company and tells Vedika to talk to Ram.

Nandini calls Ram and tells him that Priya has agreed to marry him and convinces him to marry Priya for Shivina's sake while Vedika comes there and tells him about Shivina's visit to the maternity clinic.

Ram goes to meet Priya and tells her that he wants to marry her while revealing that Shivina is pregnant.

However, Priya tells him that she didn't agree to the marriage and tells him to talk to his family while she will talk to her parents.

Ram comes home and tells him that he has told Priya he's ready to marry him but will need her agreement also.

Nandini calls Meera and tells her that Ram has agreed to marry Priya.

Later, Shivina's reports come and she announces that she's not pregnant while Akshay reveals the same to Priya who informs the family of it.