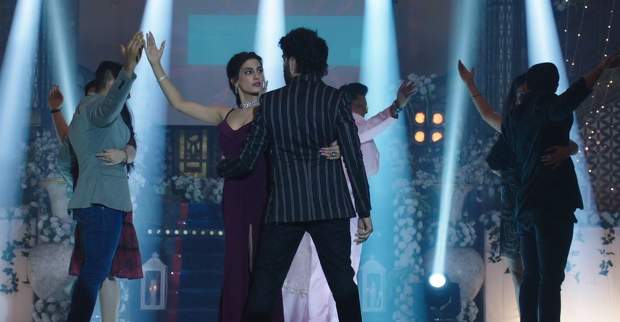 Today's Bade Ache Lagte Hain 2 11 January 2022 episode starts with Priya taking the address of Ram's favorite bakery from Tarun and deciding to get the cake from there.

At the same time, Shubham comes in and offers to get the farmhouse ready for the party.

Without having the knowledge about Vedika's intentions to take the party credit, Priya tells Vedika that she has made all the arrangements for the party and asks Vedika to continue the organization.

On the other hand, Raj informs Shashi about Priya's search for Anjali.

Shashi asks Raj to follow Priya without her knowledge.

In the meantime, Priya reaches Anjali's location. As Anjali does not respond to the knocks on the door, Priya slides a letter and asks Anjali to meet her at Ram's farmhouse.

At the office, Ram is upset as Priya does not know about his birthday.

Further, Nandini calls Ram and shows fake concern about him. She mentions Vedika planning his birthday when Ram asks her not to organize any party as he is not in a mood.

At the same time, Vedika acts like talking on the phone with Neeraj and mentions him being with Priya.

Ram overhears this on the call. In anger, Ram allows Nandini and Vedika to plan the party for him.

At night, Ram asks Shubham why did Priya decide to return her share. Shubham says that Priya was talking to Neeraj and after that, she told him about returning the share.

Upcoming BALH2 episode updates: Ram gives the credit of the party to Vedika.