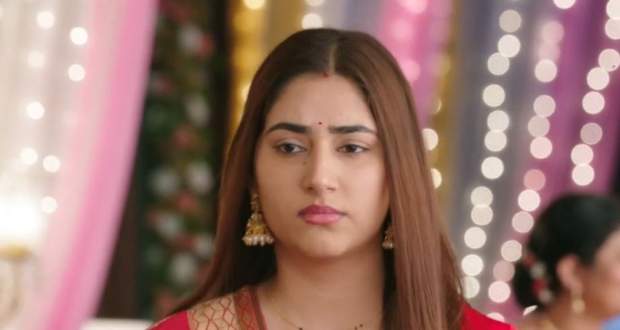 Today's Bade Ache Lagte Hain 2 11 November 2021 episode starts with the police arriving to arrest Raj. Mahinder walks in and says that he planned the crime. So, Mahinder asks the police to arrest him instead of Raj.

Priya asks the police to arrest Mahinder and file a case of an attempt at murder.

At the same time, Akki's family welcomes Shivina to their house when Raj's mother comes there and tells them about Mahinder's arrest.

Meera says that she supports her daughter's decision and asks Raj's mother to leave from there.

Meanwhile, Adi informs Ram that Priya got her father arrested and asks Ram whether he'll forgive Priya or not. Nandini comes there and asks Ram to sign the annulment papers and end his marriage with Priya.

On the other hand, Brinda calls Adi and informs him that Neeraj was the one who leaked Raj's video.

At Priya's house, Shivi calls Ram and tells him that she wants Priya at his house when she comes for a ritual the next day. Ram says Priya and come and go anytime as she decides what she has to do.

At night, Ram comes back from the office and asks Tarun to serve food.

Priya serves food to Ram when Tarun comes to help her. Ram shouts at Tarun asking didn't have time to serve food to Ram.

© Copyright tellybest.com, 2020, 2021. All Rights Reserved. Unauthorized use and/or duplication of any material from tellybest.com without written permission is strictly prohibited.
Cached Saved on: Friday 21st of January 2022 04:58:17 PM