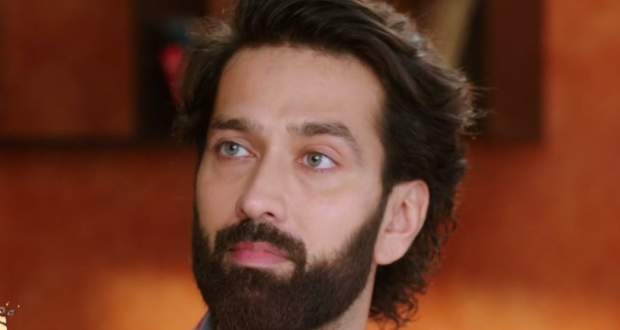 Today's Bade Ache Lagte Hain 2 12 October 2021 episode starts with Ram asking whether he and Priya can stay the night at their house.

On the other hand, Shubham informs Nandini that Akshay will be offered an opportunity which he won't be able to refuse.

Shubham tells Nandini that in the sangeet function, Sid told him that Akshay and Shivina are acting to get Priya and Ram married.

At Priya's house, Ram sees all the rose petals lying on the bed and suddenly Priya enters the room. Priya says that her sisters must have done this and offers to clean but Ram says that it's okay.

Later, Priya changes her clothes while Ram takes a shower. When Ram comes Priya explains that he should not waste so much water while showering.

Ram and Priya go to sleep while Ram tries to explain why he left her at the mandap but Priya falls asleep before listening to anything.

Priya realizes that Ram isn't able to sleep without AC. So, keep ice and fan near the bed to give a feel of AC.

Meanwhile, at Priya's house, Ram comes out of the bathroom after a shower while Priya is wearing her saree and turns around saying he didn't see anything.