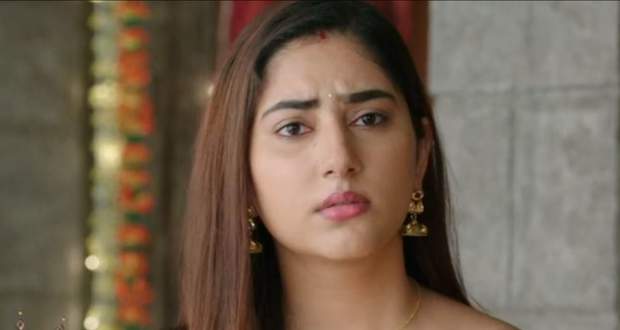 Today's Bade Ache Lagte Hain 2 13 October 2021 episode starts with Priya and Ram realizing that they have got married and started a new life.

Further, Ram tells her that looking at her sindur he'll never forget that they are married.

Meanwhile, Mamiji asks where is Akki. So, Sandy tries calling him but it is unreachable.

Mamiji is worried and tells Priya that Akki is missing while Sandy looks at Akki's laptop. Sandy informs them that he has been called for an audition and he is offered 10 lakhs for accepting the role.

Priya sees that Akki has replied to the mail that he is coming to meet him. They are tensed as the producer has asked Akki to stay at the set for the next 15 days.

Suddenly, Priya gets the smell of something burning from the room. The electrician sees and says that the geyser is burnt. Priya asks Ram didn't he switch off the geyser last night and Ram says he didn't know.

On the other hand, Nandini and Shubham are happy as Akki has chosen work over marriage.

Meanwhile, at Meera's house, everyone sits for breakfast when Priya says that she wants to say there as it is Akki's marriage and there is a lot of work.

Priya and Mamaji reach the production house and call Mamiji to assure that they'll bring Akki back.