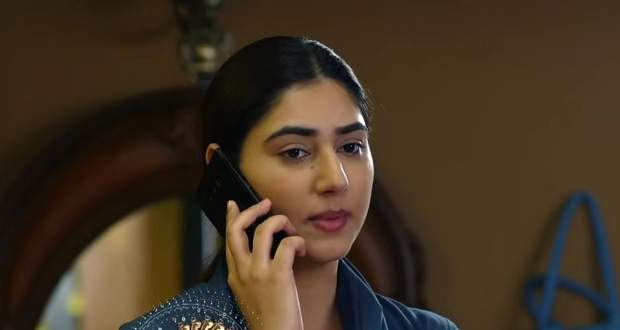 Today's Bade Ache Lagte Hain 2 13 September 2021 episode starts with Meera expressing to Priya how much she is concerned for her while Priya stays adamant that she will be staying alone.

However, Akshay says that no one will marry like her if she wants to stay alone and says that Ram is different from other guys.

Priya goes into her room and recalls her interactions with Ram.

Meanwhile, Ram is in his room and wonders how to convince Priya for marriage for the sake of Shivina while he gets a call from Priya who plans to meet up with him.

Later, Sara and others call Maitri and inform her about the proposal for Priya while Nihal says that Priya won't agree as she can't move on from her.

Ram's friends discuss and plan to inform Priya about Ram being already in love with Vedika and try to sabotage his meeting by advising him unusual questions to ask her.

Later, they meet at the restaurant and he tries to make small talk while they order food.

She tells him that Akshay is more than a cousin to her and he also tells her the same regarding Shivina.

Later, he tells her honestly that he is doing the marriage for his family and that he cannot love in this life while telling her to marry him only if she is as caring about her family.