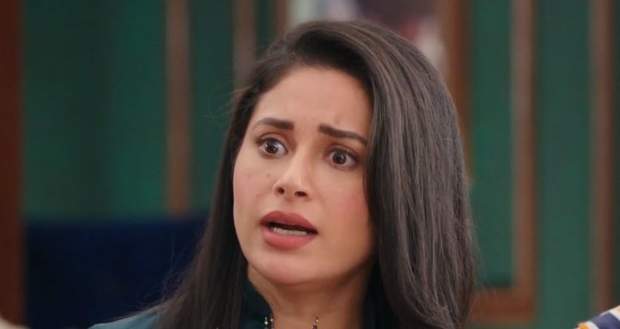 Today's Bade Ache Lagte Hain 2 14 October 2021 episode starts with Ram coming to his house where Nandini asks where is Priya. Nandini asks Adi and Vrindha to go and bring Priya back and also asks them if they need any help.

Meanwhile, the watchman at the production house tells Priya that the office is closed for the day.

Maitri calls Priya and tells her that Neeraj's friend can help to track Akki's mobile and Priya goes there.

Adi and Vrindha reach Priya's place and find that Priya is in the bakery they go there as Ram wanted cupcakes from there. Adi sees Priya and Neeraj together there and misunderstands the situation and decides to tell Ram about it.

On the other hand, Nandini intentionally gets Ram emotional after talking about his father and all he has done for them.

Later, Nandini and Shubham inform Ram and Shivi that Akki has signed a contract with a producer which says that he has to go abroad for shooting for the next 15 days.

Ram calls Meera and asks her to come to his place and they'll go to the wedding hotel together.

Meera and her family come to Ram's place where Ram asks where are Priya and Akki.