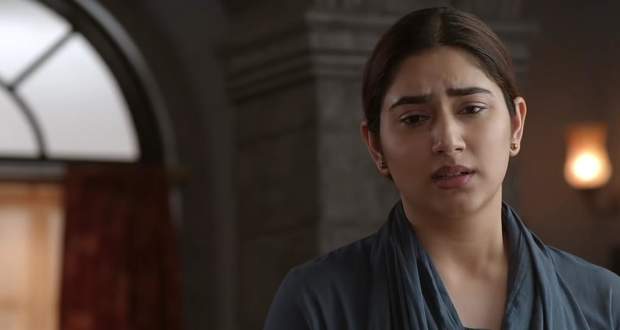 Today's Bade Ache Lagte Hain 2 14 September 2021 episode starts with Sandy calling Sara and informing her that Ram has come back to the office as Akshay tells her to find out what happened at dinner.

Akshay goes home and tells Priya that everything depends on her after which she goes to Meera and tells her that she's ready to marry Ram.

The next morning, Shivina informs Ram that Priya has agreed to marry while he happily tells her that her marriage is going to happen too.

Shivina says that Priya must care for Akshay a lot while Shubham taunts that it is because of Ram being a rich bachelor.

Later, Maitri sees the news about Ram Kapoor's Roka and calls Meera who confirms that Priya has agreed to marry Ram and that Priya-Ram and Akshay-Shivina's Roka is going to happen the next day while Neeraj gets annoyed hearing that.

Meera goes to Mahindra's house and informs him of the Priya-Ram alliance while he refuses to believe it.

Neeraj meets Mahindra's wife and his son outside and they try to instigate him against Priya.

Later, at the Kapoor house, a guest mistakes Priya as a servant while Priya says that it is an honorable job.

Ram sees the interaction and gets glad to see her behavior.