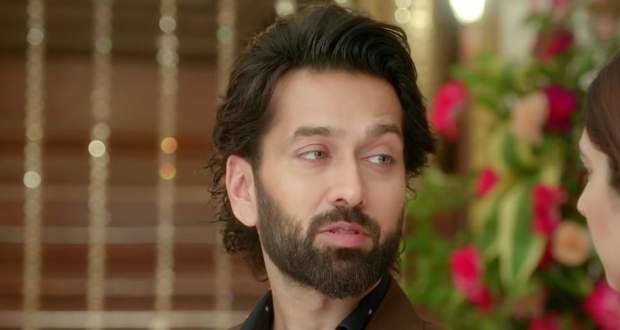 Today's Bade Ache Lagte Hain 2 17 September 2021 episode starts with Priya feeling upset about the ruined mood of everyone because of Neeraj's drama.

Akshay comes there and informs them that Maitri and Neeraj have come while the siblings talk about Mahindra's changed behavior.

Everyone discusses going to the Kapoor's house while Neeraj takes Maitri from there by making an excuse.

Priya tells Meera to not worry about booking the hall while Meera tells her to apologize to the Kapoor family for Neeraj's drama.

Elsewhere, Mahindra's second wife meets Nandini while she is jogging and instigates her against Priya and her family.

Later, Nandini tells Mama and Mami to not say anything while the Sood family enters the Kapoor mansion.

Mahindra tries to lie to them while Nandini questions them when Meera says that she cannot stop a father from attending her daughter's marriage.

Neeraj and Maitri also come there and Nandini again questions them saying that they can break Ram and Priya's alliance if they want.

Priya comes forward and says that she never hid her past while Ram comes there and tells everyone that he and his family has the right to know about her family matters and past.

Priya leaves and her sisters go after her while Ram talks to the family and says that Priya is not at fault because of something that Mahindra did years ago.

Further, he tries to lift the mood by telling everyone to do the pooja.

Later, Ram and others are doing the dance rehearsals while Nandini gives prenup documents to Shubham and tells him to get them signed by Ram.