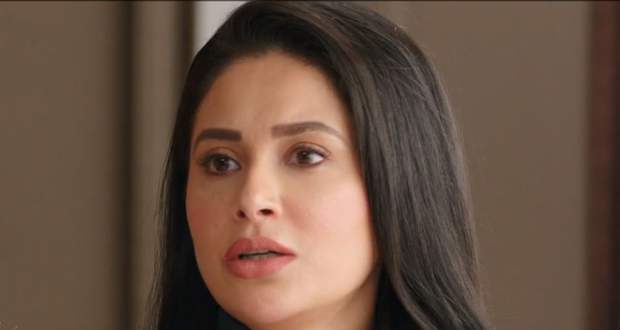 Today's Bade Ache Lagte Hain 2 18 October 2021 episode starts with Nandini supporting Shivina in the decision of postponing the marriage so that Akki can take the opportunity he has got to make an acting career.

Further, Nandini tells Shubham and Mama-Mami that she somehow managed to get the marriage postponed. Nandini also says that they have to break Ram and Priya's marriage to avoid Shivina getting married to Akki.

Later, Nandini asks Priya to follow all the rituals and come inside the house.

In Ram's room, Ram makes space in his closet for Priya's clothes. Priya's bag opens up and all her stuff falls on the floor along with the number plate she had in the bag.

On the other hand, Mahinder is searching for the number plate at his house

While shifting into Ram's room and arranging her stuff, Priya gifts a frame to Ram which says 'trust isn't complete without you'.

Priya explains to Ram that she is from a middle-class family and the things she has gone through maybe weird for Ram. Priya asks Ram to trust her as that is all she wants from him.

Later, Ram brings the marriage contract Priya had signed and burns it saying that he wants their marriage to be built on trust. So, Ram burns the papers which had terms and conditions for the marriage.