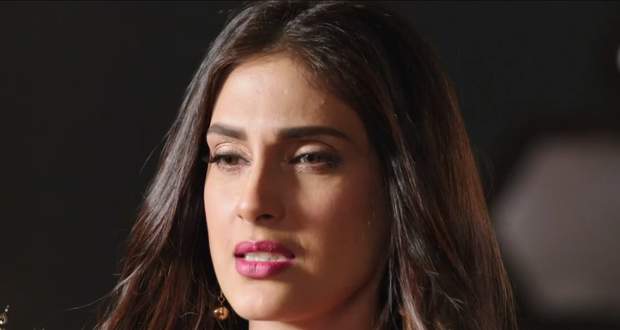 Today's Bade Ache Lagte Hain 2 20 October 2021 episode starts with Ram and Priya sitting together for breakfast when Ram surprises Priya with her favorite dish for breakfast.

On the other hand, Vedika calls someone and asks them to find out whether Sid went to Ram's wedding or not.

Later, while leaving for work, Priya bumps into Ram. Ram asks Priya where is she going and Priya says that she is going to her classes. Ram asks her whether she would like to go together. At the same time, Priya's auto arrives and Ram insists to accompany her.

Meanwhile, Shivina is at Sara's bakery when Sara gets a call and she leaves from there.

Suddenly, Sid comes to the bakery and holds Shivina's hand while talking. Raj takes their picture when Sid signs him and sends it to Akki's mom.

Ram and Priya reach the office. Ram goes to his cabin and suddenly, Shashi comes there.

At the same time, Priya meets her friend where she tries to explain to Priya that Ram is putting in efforts towards her. She suggests Priya have a talk with Ram and sort things out.