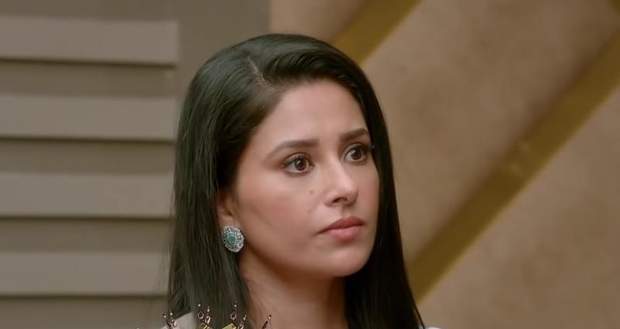 Today's Bade Ache Lagte Hain 2 20 September 2021 episode starts with Ram consoling Priya's mother and telling her that cold coffee is the best stressbuster. Ram tries to cheer her up.

Further, she tells Ram that her daughter Priya may seem rude from the outside but she has a golden heart. She tells him that Priya has gone through a lot that's why she acts strong.

Later, Priya's mother tells Priya that Ram supported her in front of his family.

Suddenly, Priya gets a call that informs her that her bakery's EMI is pending. She visits the bank where she comes to know that she has to pay 3 lakhs to save her bakery.

Sometime later, Priya's father goes to the bank and tells them that Priya is getting married to Ram Kapoor and he is rich enough to pay all their pending payments.

Meanwhile, Ram's mother gives him the prenup and tells him to sign it. He initially refuses but later agrees on his family's insist.

Further, he comes to know that the bank which had Priya's pending EMI called Ram to inquire about the payment.

On the other hand, Shubham and Ram's father reach Priya's house and ask her to sign the prenup which states that if Priya and ram get divorced then Priya cannot demand anything from Ram.

Priya disagrees to sign the contract as they were doubting her dignity.