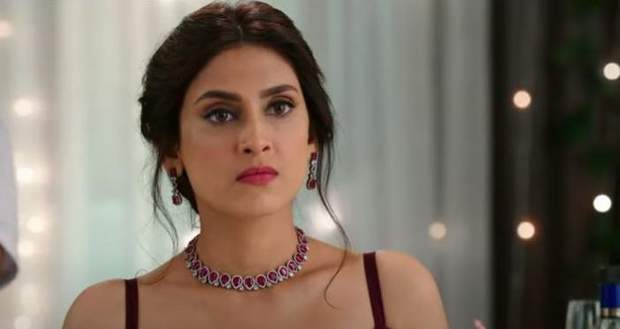 Today's Bade Ache Lagte Hain 2 21 January 2022 episode starts with Priya wondering why does every relationship brings problems with them.

At the same time, Ram calls Priya and asks where she is. Priya says that she is on her way to meet him.

On the other hand, Shashi talks to Mamaji and tells him to team up with him against Vedika.

Later, Vedika calls Shubham that she has found something that will prove him innocent from every charge against him.

Meanwhile, Ram is worried about how should he find the truth about Akshaya and what should he do about the truth he has been hiding from Priya about Vedika.

When Priya enters the room, Ram hugs her tightly and flows with the moment while Priya hugs him back.

Suddenly, Priya gets a call from Anjali and she asks Priya to meet her at the bakery.

In the meantime, Akshay decides to tell Shivina about Anjali's matter but at the same time, he gets a call from Anjali.

Anjali tells Akshay that she is meeting Priya at the bakery and disconnects the call.

In stress, Akshay lies to Shivina about going to the gym and leaves for the bakery.

At the same time, Shivina sees Akshay and Anjali's pictures that Vedika had put in her bag.

Shivina follows Akshay and suddenly, Shubham comes there. She asks Shubham to drop her at the bakery.

Meanwhile, Priya tells Ram about Anjali when they reach the bakery.

To their surprise, Maitri comes there and asks Ram to excuse them for a moment.