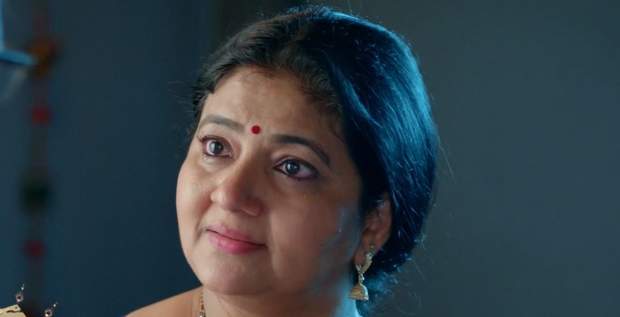 Today's Bade Ache Lagte Hain 2 21 September 2021 episode starts with Shashidhar getting a call from Mahendra to inform that Ram's family has sent a prenup contract to be signed by Priya.

Mahendra thinks that Meera has overheard his conversation with Shashidhar and tells her that he was concerned about Priya so he told the bank that Ram will pay Priya's family loan.

Hearing this, Meera gets angry and tells Mahendra to leave them alone. She also tells him that Priya and Ram will surely get married as they have her blessings.

At the same time, Priya comes there and gets to know that Ram's family sent the contract because her father wanted to break her marriage with Ram.

On the other hand, Ram's mother convinces him to get Priya signed on the prenup contract.

Further, Ram gets a message from Vedika which congratulates him and tells him that she is leaving India.

Ram decides to go and meet Vedika when Priya arrives there. She sign the contract and gives it to him saying that she never intended to hide anything from him. She also tells that she is doing this marriage for her family but she'll do everything that is right to make this marriage work.