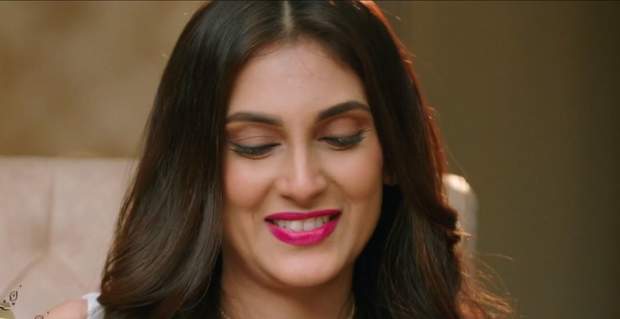 At home, Sarika shows Nandini Sid and Shivina's photo in which they are holding hands. Sarika asks Nandini what is all this going on. Nandini gets angry saying she doesn't want to give her daughter's character certificate to anyone.

At the same time, Priya and Ram come home and Priya supports Shivina saying it is not right to inquire like that.

Further, Ram asks Priya why didn't she tell him if she knew that Shivina met Sid. Priya says that she trusts Shivina and her love for Akki. So, she didn't drag the matter further.

Ram and Priya reach Vedika and Shashi's place where Priya accidentally drinks vodka and gets drunk.

While leaving from there, Ram tries to tell Priya that the long last love Ram talks about is Vedika but before he says Priya starts talking.

Priya says that her mother used to tell a story of a prince coming to take his princess with him.

Priya tells Ram that in her life Ram is that prince and starts laughing.

Ram understands that Priya is drunk while Priya continues saying that everyone thinks she and Ram are a bad match in an upset tone.