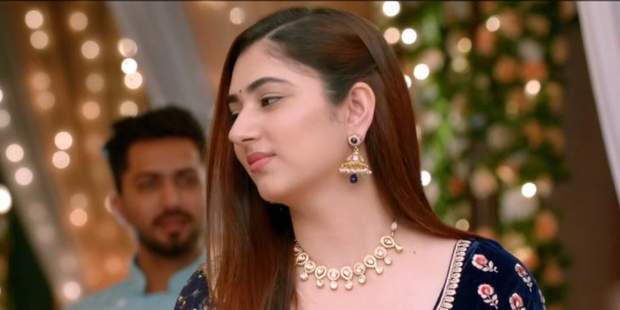 Today's Bade Ache Lagte Hain 2 23 September 2021 episode starts with Ram's family deciding to conduct the sangeet function without Ram as he is in Delhi.

Further, Ram's friends inform Priya's family that Ram in is Delhi. So, Akki calls Shivi to cancel the sangeet. Shivi requests Ram to come back for the sangeet or else it will be canceled.

On the other hand, Shashi forces Vedika to tell Priya's mother that Ram loves someone and will always love her. He tells Vedika that Priya's mother will cancel the marriage after knowing this.

Later, Vedika calls Meera and calls her to Ram's office but Priya attends that call and goes to meet Vedika.

In the office, Priya tells Vedika that she knows Ram loves someone else but she is okay with it. At the same time, Ram calls Priya and tells her that he is coming back from Delhi for the sangeet function.

Later that day, Vrindha comes to Priya's house to gift her a lehenga and requests her to wear it at the function.

Meanwhile, Priya gets a call from the bank to come there for paying the EMI. She decides to come to the sangeet directly from the bank.

At Ram's house, Ram and his friends are ready to welcome Priya and her family. Priya's family arrives but Ram is worried as Priya is not with them.