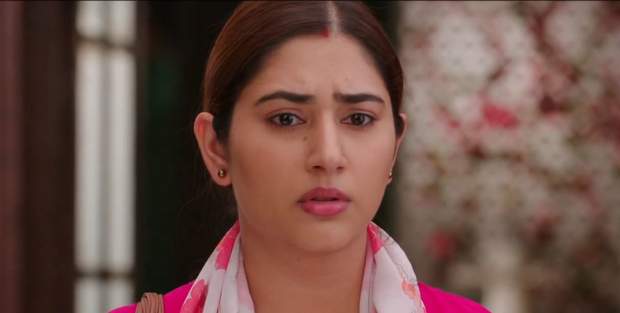 Today's Bade Ache Lagte Hain 2 25 November 2021 episode starts with Ram asking Adi whether he leaked the annulment papers or not.

Nandini asks Priya to bring the lawyer to her as she wants to file a case against him.

Suddenly, Neeraj comes there and says he has the lawyer's number as Priya contacted the lawyer through Neeraj.

Ram gets upset seeing this and refuses to talk to any lawyer. Neeraj asks Priya to get him his job back.

Later, Nandini tries to wind up Ram saying that Priya is more comfortable with Neeraj.

Adi comes there and says that after this interview it won't be appropriate to end this marriage. Ram agrees with Adi and convinces Nandini to forget about all this.

Later, at night, Ram remains upset as Priya didn't tell him about taking Neeraj's help for the lawyer.

Ram acts like talking on call. When Priya realizes this, Priya apologizes to Ram for not coming to him for help as they were not on good terms at that time.

Ram also tells Priya that he doesn't like the gelled hair guy, Neeraj, and asks Priya not to take help from him.

Priya agrees to it and they also come to a decision to postpone the annulment.

© Copyright tellybest.com, 2020, 2021. All Rights Reserved. Unauthorized use and/or duplication of any material from tellybest.com without written permission is strictly prohibited.
Cached Saved on: Friday 3rd of December 2021 12:39:51 AMCached Disp on: Monday 6th of December 2021 07:39:09 AM