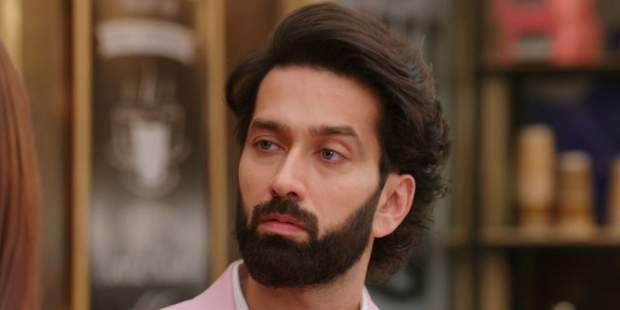 Today's Bade Ache Lagte Hain 2 30 November 2021 episode starts with a girl asking Priya and Ram for a selfie. The girl posts the photo on social media with #RAYA.

Meanwhile, Shivina talks about celebrating Diwali with Sara and Meera.

Sarika tells her they don't have much money to waste. Meera and Sara cheer Shivina up with their ideas for Diwali.

On the other hand, Shashi asks Vedika to come to the designer exhibition for shopping not knowing that Priya and Ram are there.

Further, Vedika asks Neeraj to meet her and tells him to find out what is the amount of the loan that Shashi has taken from the bank Neeraj works at.

Shashi and Vedika come to shop and Vedika tries the saree that Ram selected for Priya.

Ram asks Priya to see how he looks in the suit he is trying. When Priya reaches there and Ram tells her that he broke the button of the coat and has to buy it.

Priya tells him he doesn't need to buy something he doesn't like and fixes the button back.

Later, Ram sees a girl trying the saree he selected from Priya and thinks it is Priya and compliments her.

The girl turns and Ram will be shocked to see that it is Vedika.

© Copyright tellybest.com, 2020, 2021. All Rights Reserved. Unauthorized use and/or duplication of any material from tellybest.com without written permission is strictly prohibited.
Cached Saved on: Thursday 20th of January 2022 04:30:18 AM