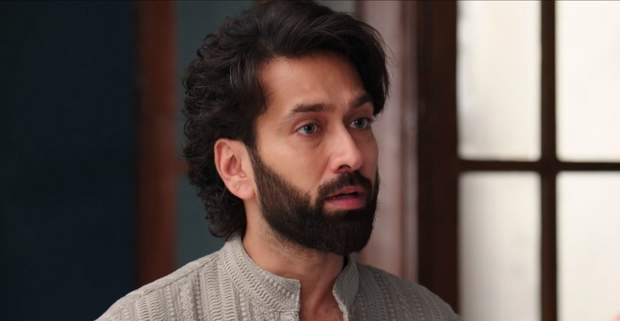 On the other hand, Nandini is worried that if Priya doesn't sign the prenup then she can divorce Ram and take away anything from them.

Shubham gives an idea that if they trap Akshay in some misdeed then Priya and Ram's marriage will break eventually.

Nandini sees Priya in the room and gets shocked. She gets relieved when Priya says that she knows Nandini is upset after what happened to Shivina.

Priya assures Nandini that Shivina will always be happy with Akki.

Later, Ram is at the bakery where Meera brings Baadam Halwa for him.

Ram tells Meera that he and Priya are different but yet they end up being very much similar.

Meera tells Ram that Priya is afraid that if someone helps her then they must be having some reason behind it.

Ram meets Brinda and says that when the DJ said that Ram has proposed to Priya and asks what is Priya's answer.

Brinda says that Priya says no directly if she doesn't like anything which means it is a yes.

Ram leaves from there saying Brinda has lost her mind.

On the other hand, Shashi gets angry at Vedika for spying on him. Vedika tells him does he think Ram will sign the contract with him after knowing that he is bankrupt.

© Copyright tellybest.com, 2020, 2021. All Rights Reserved. Unauthorized use and/or duplication of any material from tellybest.com without written permission is strictly prohibited.
Cached Saved on: Thursday 20th of January 2022 04:01:47 AM