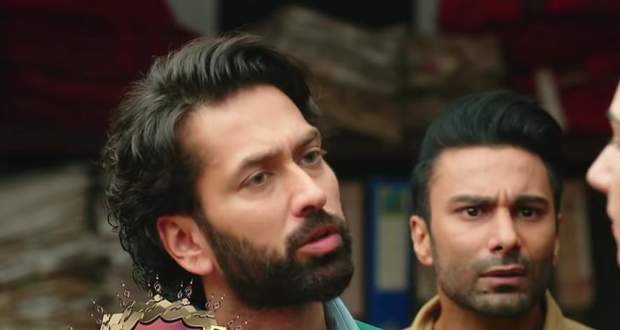 Today's Bade Ache Lagte Hain 2 6 September 2021 episode starts with Ram telling Akki that he is there to propose Shivi's alliance with him.

However, Akki says that he cannot marry Shivi until his older sister, Priya gets married which shocked both Priya and Ram.

Later, Vikrant tells Ram that Priya is his ex-wife, Twinkle's friend, and tells them to join him at the court hearing the next day where they can ask her everything.

Elsewhere, Priya's sisters and Akki try to convince her while she tries to explain to Akki when Niraj comes there and Priya remembers her past with him.

The next day, Priya comes to the family court with Twinkle while Vidhi and Ram come with Vikrant.

Priya and Ram argue in the court and the judge sends them out while Adi and Vrinda come them.

Elsewhere, Shivi tries to contact Akki but he's in an audition after which she goes to vomit while Chachi finds a positive pregnancy kit.

Meanwhile, Vrinda sees Kunal trying to talk to Priya and tells Ram to arrange their alliance so that Shivi and Akki can get married.

He goes after Priya and tells her that he wants to meet with her to talk about Shivi and Akki's marriage when it starts raining suddenly.

Priya says that she hates rain and Ram covers her with his jacket which shocks her.