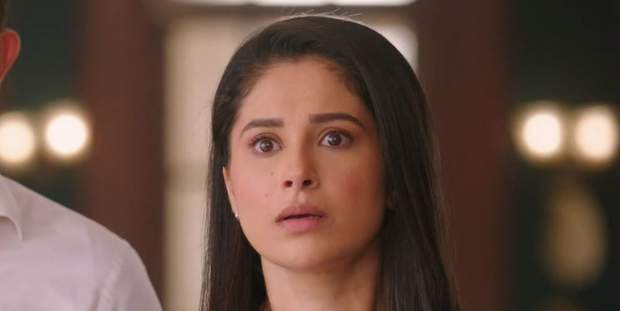 Later, in Ram's room, Vedika panics and shouts at Adi for not looking after Ram and making him work a lot.

Priya shuts her mouth by telling the doctor about how unpunctual Ram is with his medicines.

Vedika tells Priya that whatever she said is fine but she should let the doctor do his work.

The doctor tells Ram that his wife, Priya is very much concerned about him.

Further, the doctor says that he is keeping Priya on Ram's duty because he trusts her.

Afterward, Priya asks everyone in the room to leave so that Ram can rest.

After everyone leaves, Priya keeps her back towards Ram and cries. Ram offers her tissues and also cracks a joke to make Priya laugh.

The next morning, Ram wakes up and walks to the hall.

Ram gets surprised to see Priya who is making a beautiful rangoli at the doorstep of the house.

Ram thinks that Priya always claims that her life is black and white but she is brightening his house with colors.

Suddenly, Priya feels Ram's presence and looks around but Ram hides from her.

© Copyright tellybest.com, 2020, 2021. All Rights Reserved. Unauthorized use and/or duplication of any material from tellybest.com without written permission is strictly prohibited.
Cached Saved on: Thursday 20th of January 2022 03:32:05 AM