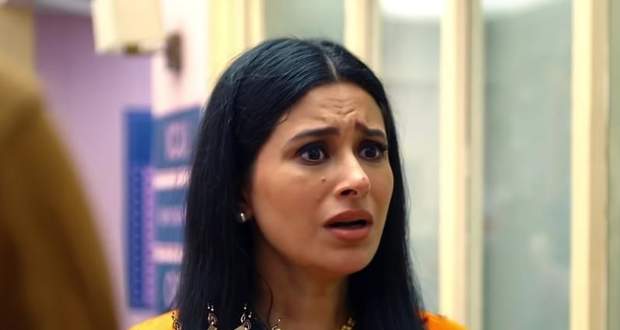 Sara and Maitri get into an argument but stop as soon as Priya comes and she informs them that she has to go to the club.

Later, Ram and others are going to the club while they see Shashi there.

Shashi mocks him while Maitri gives a dress to Priya saying her husband bought and she doesn't take it making them argue.

Meanwhile, Shivina meets Akshay and tells him that she's pregnant while he takes her to a maternity clinic to double-check.

However, Nandini sees them there and sends them house with the warning to not tell anyone anything.

Elsewhere, Priya comes to meet Ram with her sisters who start fawning over him while Ram tries to start up a conversation between her and Kunal.

Later, Sana takes Maitri away and tells her that she has to help her get Priya a boyfriend.

© Copyright tellybest.com, 2020, 2021. All Rights Reserved. Unauthorized use and/or duplication of any material from tellybest.com without written permission is strictly prohibited.
Cached Saved on: Monday 17th of January 2022 08:51:53 AM