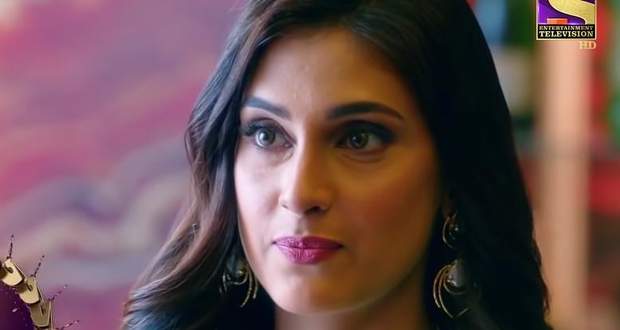 Today's Bade Ache Lagte Hain 2 8 September 2021 episode starts with Ram seeing Vedika at the hotel and going to talk while it starts raining and he talks about it to her.

Elsewhere, Nandini stops Shubham and Akshay from fighting and goes to Priya's home.

She tells Meera that she is there to propose Ram and Priya's alliance while Vedika talks about setting up Priya with one of Ram's friends to him and she overhears them.

She rebukes Ram and leaves while Ram goes after her and tries to explain the situation to him but sue keeps scolding him.

He stops her and tries to talk to her which creates an argument between the two and she leaves.

Elsewhere, Meera tells Nandini that Priya will not easily accept the proposal and Nandini tells her to explain to her as it's the best option for everyone.

Priya walks in the rain and cries while her sisters handle her and leave for home.

Meanwhile, Mahendra comes to the same hotel and meets with Shashi who tells him to find out everything about Akshay.

Priya goes to her room while Sara informs Meera about the argument at the club while she reveals Ram's proposal.