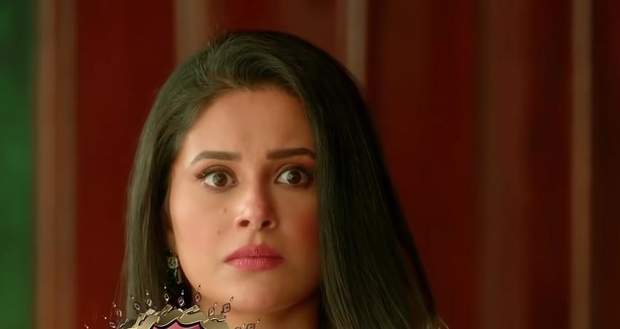 Today's Bade Ache Lagte Hain 2 9 September 2021 episode starts with Sandhya informing Priya that Ram's proposal came for her and jokes that she will accept the proposal if he doesn't.

Mahendra and Raj come to Priya's house and threaten them while Akshay learns that his audition got rejected.

Priya confronts Mahendra if they were behind it and he accepts saying that he and his family will be ruined while Priya argues with them.

Mahendra calls Priya shameless and tells her that it is the reason why her boyfriend left her and even more insults her.

Mahendra leaves while Priya says that it is all Ram's. Fault and leaves as Meera says that she will get Priya married to a good man at any cost.

Elsewhere, Vedika is about to meet Ram but Priya goes to Ram first and confronts him for sending a proposal for her.

They both argue and Vedika leaves while Ram makes a joke to stop Priya from crying.

She apologizes to him saying that he might not know about the proposal after which he offers to drop her home but she refuses.

The next day, Priya goes with Akshay to sort out his audition while Meera talks to Sara and tells her to come with her.

Meanwhile, Ram tells Nandini that he cannot marry Priya and that he will get Shivina married to Akshay at any cost.