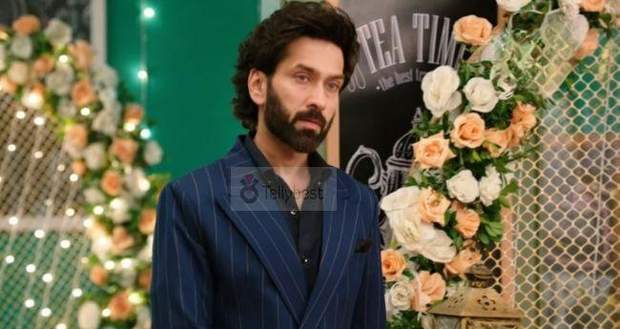 Today's Bade Ache Lagte Hain 2 12th August 2022 episode starts with Ram telling Nandini that he will bring the medicines from her room but Nandini stops him from doing so.

Nandini leaves to bring the medicines herself while Priya decides that she will expose Nandini once she figures out what is the main difference between the medicines.

Pihu asks Ram to invite Krish to his party because Krish is fun to hang out with but it makes Ram uncomfortable.

After Nandini takes her pills in front of Ram, Ram leaves to meet Krish at the bakery.

Meanwhile, Krish informs Priya that it is a single person who is threatening Priya and Ishaan but Priya disagrees with him.

Priya points out how the spelling of Ishaan differs in both the messages and tells Krish that there are two people who are doing it, most probably Nandini and Shubham.

However, Krish thinks that it is not Shubham because he only does work that benefits him.

Ram comes to meet Krish and tells him about his decision to give the amount of 5% shares of Priya that he fixed in the past.

Krish says that it is a matter between Ram and Priya and that he should not come between them but Ram jokes that it is a bit late to say that.

After Nandini leaves to see the doctor, Priya goes into her room and finds the original medicines.

On her way back, Priya gets discovered by Sarah who asks her to come with her to the Sood house for the party.

Pihu shares her idea of cosplaying with Sarah who likes it very much and decides to implement it.

Meanwhile, Vicky seems displeased after he hears that Krish is coming and scolds Ram for inviting him.

Vedika tells Nandini her plan that will follow the deal signing with the release of Ishaan’s confession at Sarah’s wedding in front of everyone.

Ram will not be present there and the police will arrest Ishaan saying that Ram has told them to do so.

The parties start with the ladies dressing up as a male on one hand while Ram and Krish are awkward around each other.

Aditya and Vikrant give alcohol to both Ram and Krish so that they can relax around each other.

© Copyright tellybest.com, 2020, 2021. All Rights Reserved. Unauthorized use and/or duplication of any material from tellybest.com without written permission is strictly prohibited.
Cached Saved on: Sunday 2nd of October 2022 11:10:53 AM