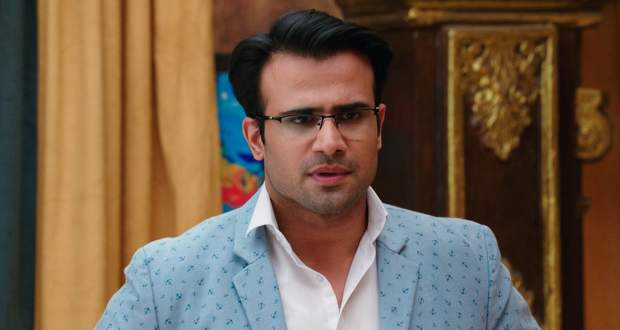 Today's Bade Ache Lagte Hain 2 12th May 2022 episode starts with Priya and Krish being tensed as Ram is missing after the meeting.

Further, Krish asks Priya to find Ram while he looks out for Shashi.

Meanwhile, Shashi praises Santosh for his actions after which Varun asks him to leave along with his family to a faraway place.

On the other hand, Ram is driving his car at speed wondering whether his father was truly corrupt.

Recalling the moments with his dad and also during his death, Ram asks for answers to all his questions from his dad.

Without even giving her a look, Ram apologizes for abruptly walking away.

Priya says that she does not have any complaints because he needed time to talk to himself.

Further, Ram says how his life revolved around his father and Santosh's words shattered his trust and beliefs.

Ram also mentions that the place they are standing at is the place where Virendra took his last breath.

Seeing Ram breaking down and misunderstanding his father, Priya decides to tell Ram about her kidnapping.

However, Priya faints after her health deteriorates.

After returning to the Kapoor mansion, the doctor warns Ram that Priya needs complete rest.

While Ram walks toward his room, Nandini stops him and scolds Ram for abandoning them after Virendra was named a criminal.

In the meantime, Sara suggests Priya come with them so that Ram can be with his family for a while and clear out the misunderstandings with them.