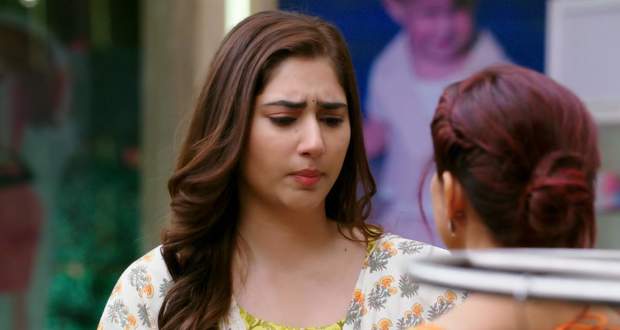 Ram decides to do it for Nandini’s sake but hides it from Vikrant as soon as he comes back.

Vikrant informs Aditya about Ram’s daughter who helped him to get rid of Angira.

On hearing the mention of his daughter, Ram’s face instantly lights up and thinks about Pihu’s cute and sneaky tricks.

Meanwhile, Priya asks Maitri if Pihu and Ram accidentally met each other to which Maitri strongly objects by hiding the truth.

However, Priya gets the notion that she will have to see Ram again if she lives in Mumbai and decides to leave Mumbai along with Pihu.

Sarah strongly objects to Priya’s decision and tries to convince her to stay back with them.

However, Priya refuses to do so and announces that she is going to leave here as soon as possible.

Krish agrees with Priya’s decision and assures her that he will help her and Pihu settle comfortably.

Meanwhile, Sandy comes to Ram’s house and gets scolded by Sarah for giving false information about Ram being at the office.

Sandy asks about Priya’s condition after hearing about her encounter with Ram but goes silent after spotting Nandini and Shubham.

Nandini tries to find out about Priya by sugarcoating her words but Sandy leaves without telling her anything.

Later, Ram remembers the moments he spent with Priya at the same tea shop and feels awful.

Ram calls Ishaan and asks him if he is coming to Sarah’s engagement knowing well that Sarah has not told him yet.

On hearing Ram, Ishaan gets enraged with anger and agrees to come there as soon as possible to confront Sarah.

On the other hand, Priya faces interrogation from Pihu where she asks Priya the reason behind her running away.

Pihu asks this as a joke to Priya but Priya gets offended and tells Sarah and Krish about her fear of getting the truth revealed in front of Pihu.