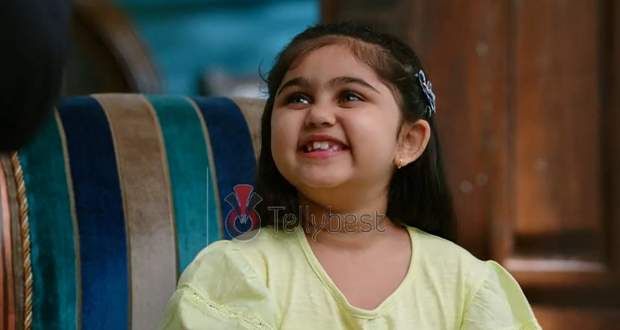 Today's Bade Ache Lagte Hain 2 15th August 2022 episode starts with Aditya offering drinks to Ram and Krish so that they get drunk and start talking to each other.

Ram and Krish set a bet on who can drink more and get drunk in no time while having a conversation together.

Krish says that Ram is trying to steal Pihu from him which Ram admits as Pihu has gotten close to him.

In the meantime, Aditya finds out where their stolen items have gone and shows Ram and Krish the photo of the ladies.

All the men decide to hijack Sarah’s bachelorette party as they want their belongings back.

Meanwhile, the ladies dress up in full mode as the men and walk on under the spotlight.

Ram and others peak inside from the window and get stunned to see the ladies dressed as them.

Sarah, Brinda, Pihu, and Sandy dance together on “Badtameez Dil” while being in their character.

However, Priya comes and stops the music while enacting as Ram making everyone laugh except Ram.

Seeing Priya act like himself, Ram gets embarrassed while the others continue to mock him.

Continuing the dance performance from before, Priya joins them while Pihu begins to sulk for some reason.

After Pihu walks away from Priya, Ram and the other men barge in from the window and join the ladies.

Seeing Ram in front of her, Priya freezes in her spot while others begin to dance together to the song.

Priya excuses herself to go after Pihu as she walks away while sulking.

Sarah asks Ram why Priya decided to wear his clothes instead of Krish which puts Ram in a bit of thinking.

On asking Pihu what the matter is, she tells Priya that Priya was making fun of her while enacting her actions.

Priya explains to Pihu that she was enacting Ram but Pihu tells Priya that she is the one who does all those things.

Brinda hears the whole conversation and thinks about the reason behind so many similarities between Ram and Pihu.

Later, Sarah tries to persuade Priya to tell the truth about Pihu to Ram but Priya refuses as she is afraid that it will hurt both Ram and Pihu.

After Sarah gets to know about Nandini’s threats to Priya, she agrees with Priya to keep the matter of Pihu a secret.

Elsewhere, Ishaan sends a message to the blackmailer asking to meet somewhere on Krish’s command.