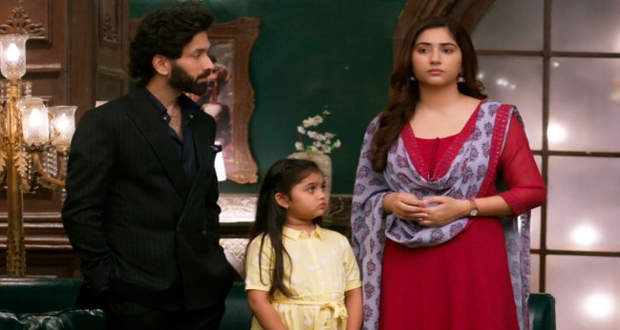 Today's Bade Ache Lagte Hain 2 15th July 2022 episode starts with Priya getting angry with Ram and leaving after saying that she will not help Ram anymore.

Nandini smirks in satisfaction at seeing that her plan is working to keep Ram and Priya separated from each other.

Seeing Nandini making cracks between Ram and Priya’s relationship, Shubham asks Nandini not to do such a thing.

Nandini reminds Shubham that it was his fault in the first place behind Shivina’s death and says that she is trying to protect his future.

Shubham apologizes for his behavior and agrees to Nandini doing whatever she wants for her plan.

Meanwhile, Priya decides to go to the amusement park with Pihu so that she can cool down her temper.

Priya decides to say sorry to Ram later as she baselessly got angry at Ram due to Nandini.

At the same time, Vedika compliments Nandini on her trick of telling Priya about revealing the past to Pihu.

Nandini says that Priya will never dare to tell Ram the truth but Vedika doubts Nandini’s words as she thinks that a mere threat is not enough to keep Priya away from Ram.

Suddenly Ram enters and asks Nandini what they are talking about and whether it is about Priya.

Both Nandini and Vedika panic on seeing Ram there but somehow Nandini manages to handle the situation.

Ram gets to know that Priya and Pihu have gone to the amusement park and decides to pick them up after he notices rain outside.

At the entry gate of the amusement park, Priya and Pihu stand helplessly as the park got closed due to heavy rain when Ram comes there with his car.

Pihu refuses to get into Ram’s car and asks him to leave as she does not like to talk to him.

However, Ram somehow manages to convince Pihu into sitting in the car and helps Priya to bind her seatbelt.

Due to the heavy rain, Ram decides to take Priya and Pihu to his nearby farmhouse but Priya maintains a distance from Ram.