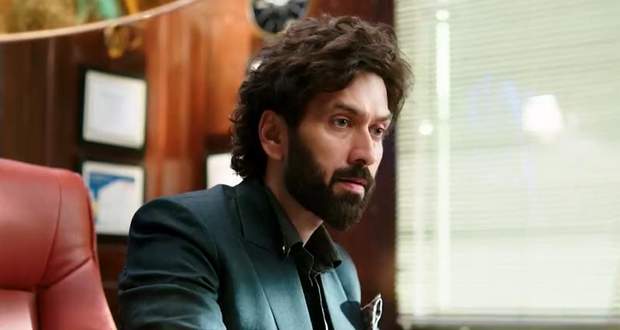 Today's Bade Ache Lagte Hain 2 15th June 2022 episode starts with Nandini visiting Vedika and asking her if she knows anything about Priya and Pihu’s whereabouts.

Vedika tells Nandini that she only knows that Priya and Krish have been in touch with each other since Priya left.

Hearing Vedika, Nandini predicts that Priya and Pihu might be living in Krish’s house and sends Vedika there to find out the details.

Meanwhile, Priya and Krish come outside the house to call back Pihu and discover that Pihu has crossed the main road alone.

Priya gets tense on hearing that while Krish tries to calm Priya down and asks her to search at the ice cream parlor.

Pihu roams on the streets and thinks about Priya’s changed behavior since they arrived in Mumbai.

After thinking of a way to know the truth from Priya, Pihu discovers that she has come a long way while thinking.

On the other hand, Priya panics voluntarily on being unable to find Pihu and says that Pihu may have left her forever.

Krish calms Priya down and calls his police friend to search for Pihu.

Seeing Priya crying, Krish hugs her and provides comfort to her while telling her that Pihu is alright.

Just that moment, Ram passes by the road in his car and spots Priya and Krish in each other’s arms.

Meanwhile, Pihu gets almost hit by a car and falls to the ground due to shock.

The driver of the car turns out to be Vedika who accuses Pihu of trying to garner money from her by intentionally coming in front of her car.

Pihu gets angry when Vedika calls her the daughter of a thief and decides to teach her a lesson.

Pihu suddenly starts to scream in pain which makes people gather around her.

While faking tears, Pihu tells everyone how Vedika almost hit her with the car and is now accusing her of being a thief.

The pedestrians blame Vedika for treating a child in that manner but get taken back when Pihu asks for 10,000 rupees.

Pihu tells Vedika that she has to pay for entering her car on a one-way road.

At the same time, Priya tells Krish that she is more than happy in her life with Pihu and the memories of Ram.

© Copyright tellybest.com, 2022, 2023. All Rights Reserved. Unauthorized use and/or duplication of any material from tellybest.com without written permission is strictly prohibited.
Cached Saved on: Tuesday 22nd of November 2022 03:53:05 AMCached Disp on: Monday 5th of December 2022 02:37:28 PM