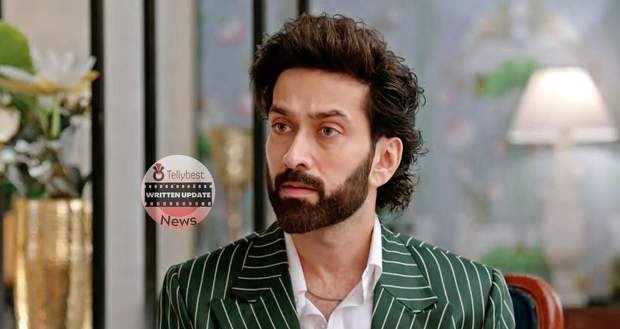 Ram says that he wants to forget the bittersweet past with Priya and create new memories as she is Pihu’s mother.

Nandini tells Ram how seeing Priya reminds her of the painful past but Ram replies that they cannot simply cut off Priya from Pihu’s life.

Hearing Ram, Nandini acts like an understandable mother and agrees to Ram’s suggestion to go on the trip.

Meanwhile, Priya starts to feel anxious after she hears that Ram has met the lawyer and has also prepared Pihu’s passport.

Priya insists Pihu tell her the truth but Pihu says that Ram will surprise her after the Ganpati puja gets over.

Taking the passport out of the drawer, Priya notices that the mother’s name is blank and understands that something is wrong.

On the other hand, Ram tells Pihu about the surprise and asks her to keep silent until the Ganpati festival is over.

Priya meets Krish with the passport and makes up her mind about the fact that Ram wants to separate her from Pihu.

Krish promises that he will be by her side and decides to look into the matter deeply to confirm things.

Ram starts packing with Pihu in the meantime and wonders how Priya will react once she gets to know about the surprise.

However, Priya acts very prickly and on-guard with Ram whenever he asks anything related to Pihu which confuses Ram a bit.

Krish calls and informs Priya that Ram is for sure planning to file for sole custody as Vedika just met with the lawyer.

This news makes Priya lose her cool and she agrees to Krish’s suggestion of leaving the house with Pihu on that same night.

Priya packs her things in a hurry and cuts her hand by hitting it on the glass.

Later, Ram applies medicine to Priya’s wound and takes back the bangles at Priya’s request.

After the “visarjan” of Ganpati, Ram gets to know about an incident when a roof almost fell over Pihu and scolds Priya for being careless.

Priya thinks that Ram is going to use it against her in court and quickly takes Pihu back to her room.